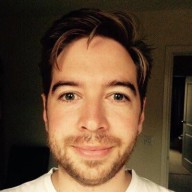 Check out the new trailer from one of this years most anticipated summer blockbusters Elysium.

Set 100 years in the future, inhabitants of earth are trying to get to the clean and corruption free planet of Elysium.

Released in the UK on August 23rd

Here it is the new trailer for The World’s End. Enjoy.

END_OF_DOCUMENT_TOKEN_TO_BE_REPLACED

Check out the awesome new trailer for V/H/S 2. If it is half as good as it looks, prepare for something special later this year.

V/H/S 2 will follow the found footage format used in the first V/H/S movie with several directors, including Jason Eisner (Hobo with a Shotgun), Gareth Evans (The Raid) and Eduardo Sanchez (The Blair Witch Project), producing different found footage segments of the film.

Your chance to ask Edgar Wright about The World’s End

0
by Max Hubbard in News, Uncategorized

With the release date of The World’s End, Edgar Wright’s third film with Simon Pegg and Nick Frost, rapidly approaching, you have the opertunity to submit your questions to Edgar Wright via Twitter. To ask a question simply tweet @YahooMoviesUK your question and use the hashtag #TheWorldsEnd. Yahoo will be posting the responses on Tuesday.

The World’s End tells the story of five childhood friends who reunite 20 years after attempting an epic pub crawl when one of them becomes hell bent on trying the drinking marathon again. They are convinced to stage an encore by mate Gary King, a 40-year old man trapped at the cigarette end of his teens, who drags his reluctant pals to their home town and once again attempts to reach the fabled pub, The World’s End. As they attempt to reconcile the past and present, they realise the real struggle is for the future, not just theirs but humankind’s. Reaching The World’s End is the least of their worries.

A new trailer will also be landing at 3pm on Wednesday 22nd May so keep your eyes peeled.

‘The Great Gatsby’ follows would-be writer Nick Carraway as he leaves the Midwest and comes to New York City in the spring of 1922. Chasing his own American Dream, Nick Carraway is lured into the lavish world of his party giving millionaire neighbour, Jay Gatsby, who lives across the bay from his cousin Daisy. However, Nick soon bears witness to a tale of impossible love, obsession, madness and tragedy.

END_OF_DOCUMENT_TOKEN_TO_BE_REPLACED

The Impossible is out on DVD and Blu today in the UK.

The Impossible is an incredible true story focusing on one family’s struggle for survival in the 2004 Tsunami. Strong acting and fantastic practical effects make this film a hard-hitting, sometimes difficult watch. The drama is portrayed with brutal but beautiful realism on the big screen without glorifying or belittling this tragic event. Won’t be many dry eyes left for this one.

The Stone Roses: Made of Stone – Trailer

In 2012 a resurrection no one thought possible took place when legendary band The Stone Roses reformed after 16 years.

With unprecedented access to previously unseen archive footage, THE STONE ROSES: MADE OF STONE is a revealing journey through the life of one of the most revered and influential bands in British music history.

Acclaimed filmmaker Shane Meadows brings his unique directorial style, humour and emotional depth to the film, capturing the band at work and in their everyday lives as they rehearsed for their much-anticipated reunion, which culminated in three triumphant homecoming gigs at Manchester’s Heaton Park in front of 220,000 adoring fans.

Incorporating never-before-seen material spanning the band’s musical history, the personal experiences of many of those touched by the band and their music, and unparalleled access to the record-breaking sell-out concerts which took place in summer 2012, this is the definitive record of the definitive band of the past 25 years.

The Stone Roses: Made of Stone will open on 5 June across the UK and Ireland