Good Luck at the Oscars!

It’s just hours away so we would like to wish everyone a Happy Oscars Night and of course say good luck to all the nominees and especially to Movie Emporium favourites Argo, Zero Dark Thirty and Django Unchained!

THE IMPOSSIBLE – An incredible true story focusing on one family’s struggle for survival in the 2004 Tsunami. Strong acting and fantastic practical effects make this film a hard-hitting, sometimes difficult watch. The drama is portrayed with brutal but beautiful realism on the big screen without glorifying or belittling this tragic event. Won’t be many dry eyes left for this one. 4/5

TEXAS CHAINSAW 3D – Continuing directly on from where the 1974 classic left off, Leatherface’s return does little more than taint the original. A frustratingly predictable and poor storyline devoid of any real suspense relies solely on its over the top use of gore and gimmicky use of 3D with the scares few and far between. Do yourself a favor and watch the original instead. 1/5

GANGSTER SQUAD- Smooth talking gangster flick set in 1949 Los Angeles focuses on the LAPDs fight to wrestle control away from the East Coast Mafia. However, whilst bullets fly and the body count mounts up, character and plot development are definitely an after thought. The slick and stylish look of this criminal drama along with its impressive cast unfortunately proves that all that glistens isn’t gold. 3/5

LES MISÈRABLES – The classic stage musical is adapted spectacularly onto the big screen and ultimately a triumph. Fantastic engaging performances from Hugh Jackman & Anne Hathaway will give you goose-bumps. It is grand, intimate, emotional and underneath it all is a story that you simply must hear. Vive la Revolution. 4/5

DJANGO UNCHAINED – Freed slave, Django, teams up with a German bounty hunter to rescue his wife. Quentin Tarantino’s latest outing is a Western fuelled by vengeance and driven by dazzling storytelling. Memorable characters, scenes of brutal violence and dark humor are all done in Tarantino’s gloriously excessive but very cool style. It’s insanely entertaining and completely off the chain. 5/5

LINCOLN – The historic story of Abraham Lincoln and his fight to abolish slavery during the civil war is told magnificently and acted to perfection. Not only is Daniel-Day Lewis superb, but the whole supporting cast are brilliant. Spielberg’s latest film may be easier to admire than love but it is completely immersive and undeniably epic. 4/5

ZERO DARK THIRTY – True story of the manhunt for terrorist leader Osama bin Laden. Sharp elegant and directed flawlessly in gripping detail. Once this film picks up its momentum it won’t let you go until the tense finale. This is unforgiving and brave filmmaking at its absolute best. 5/5

Kathryn Bigelow’s much anticipated follow up to The Hurt Locker hits cinemas tomorrow, and boy are you in for a treat.

Teaming up once again with writer Mark Boal, Bigelow’s Zero Dark Thirty is an intense and intelligent drama that will grip you and not let go until your heart is in your mouth. Following the hunt for and the eventual assassination of Osama Bin Laden Zero Dark Thirty looks at the process of tracking down the worlds most wanted man through torture, investigations and tracking. Zero Dark Thirty is truly an excellent piece of cinema, whilst it is a dialogue driven film, the characters and performances ensure it is never slow,  in fact the total opposite. It moves at a steady pace, gradually building tension that had my heart pounding. The strong dialogue is done justice by the outstanding lead performance from Jessica Chastain as Maya, a woman determined to find the world’s most wanted man. The supporting cast including Jason Clarke (Lawless), Kyle Chandler (Argo)  Harold Perrineau (Romeo and Juliet) Joel Edgerton (Warrior) and Britain’s very own Mark Strong are all captivating. The final action scenes are shot with stunning expertise, replicating a sense of tension and chaos beautifully, drawing you into the centre of the action.

While it’s early on in the year, and 2013 is set to be filled with great movies, I can hand on my heart say this is likely to be in my top 5 films all year.

The sunning cinematography, the intelligent writing and a stellar cast make Zero Dark Thirty the first must see movie of the year.

Why we think Bret Easton Ellis was wrong about Kathryn Bigelow

You may have seen the reports late last year after author, of cult hit American Psycho, amongst many other great works of literature, Bret Easton Ellis decided to very publically (on twitter) claim that Oscar winning director Kathryn Bigelow (The Hurt Locker and Zero Dark Thirty) would never have been held in such acclaim if it weren’t for the fact she was an attractive woman. Here are 3 reasons we think he is wrong

Hollywood and women:  Kathryn Bigelow may have been the first woman to win the Oscar for director but while being a ‘hot woman’ in Hollywood may have helped in the 1920’s, and you were in front of the camera, these days the critics and cinema goers alike can recognise a great film from a good one. The Hurt Locker is undeniably brilliant, it is ridden with style, with intensity and and there is no way the Oscars would have got away with awarding that prize without just cause. The films: The Hurt Locker was a triumph, both with critics and during awards season. This movie, amongst my personal favourites is truly a spectacular film. While this is partly to do with the phenomenal characters and script, that is set in a series of set pieces which never let up it, it’s also to do with the camera work the ability to show tragedy and beauty.

The fortchoming Zero Dark Thirty is also astounding, the heart in your mouth intesnity it creates as it apporaches the climax is truly a phenomenon  but punctuating that, you can’t but be gripped by the gritty scens of torture and then have your breath taken by a stunning shot.

Bret Easton Ellis has since apologised, but in a modern world, where it is still hard for women to break into the film industry, comments like his are damaging and in this case, 100% unfounded. If you don’t believe us then see for yourself. 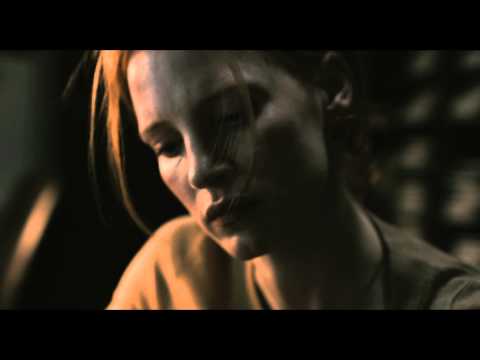 Oscar winning director Kathryn Bigelow is back! With what promises to be a slick & yet very gritty dramatisation about the eventual assassination of Osama bin Laden.

We’ve not long to wait ‘til its UK release on 25th January, but if you’d like brush up on your subject knowledge; I can recommend this brilliant documentary Channel 4 aired last year.