0
by Vicky Hinault in Trailers & Clips
Please enable Javascript and Flash to view this VideoPress video.

Fire with Fire is released today and we have this clip showing star of the movie Josh Duhamel talking about Vincent D’onofrio’s character in this action drama.

Fire with Fire has a really nice premise, an off duty fireman witnesses a murder and after witness protection fails to protect him he takes matters into his own hands.

Couple this with a cast including Josh Duhamel, Bruce Willis, Vincent D’onofrio and Rosario Dawson and you should have yourself a great movie.

I say should because unfortunately, it falls short. Ultimately the script is weak which makes the performances for the actors really hard work. Vincent D’onofrio and Bruce Willis put in particularly good efforts.

D’onofrio in particular is very impressive, while his character is perhaps quite generic he injects an edge with his performance and  portrays his neo-nazi character with an eerie calm.

For those ‘bad guy’ fans out there Vinnie Jones even makes an appearance.

However there are moments of dialogue that feel like throwbacks to spoof action movies including a slow motion shout of no which does not have the desired effect.

The production value of this movie is pretty strong, and there are some really nice moments including some nifty shots that will impress, further more the grand finale which includes a good few explosions is well set up and executed on screen.

Sadly it’s not a must see unless you’re a die hard (excuse the pub) fans of Bruce Willis or Vincent D’onofrio.

Fire with Fire is out on March 8th

Safe Haven is the latest of Nicholas Sparks’ soaring romance novel to be converted to the big screen.

Joining The Notebook, Dear John and The Lucky One; Safe Haven arrived on our screens this weekend.

Starring Julianne Hough as Katie, a young woman who runs away from her past and abusive relationship and arrives in Southport, North Carolina. Attempting to stay on the outskirts of society her resolve is broken down by handsome widower Alex played by Josh Duhamel, and just as she is beginning to feel safe and happy her past catches up with her and happiness is threatened.

Enjoyment of a movie very much depends on knowing what you’re going to get. I knew when i went in to see Safe Haven that it would be a cheesy romance, and in that sense it did not let me down. Slightly edgier than some other Spark’s adaptations the dark angle helped but this was no intense gripping thriller. The 2 dimensional bad guy does become almost sinister as the film goes on, and a sense of threat does come to something, but this film takes its time to get there.

The performances from both Hough and Duhamel are decent enough and they share a good onscreen chemistry despite battling with some cringeworthy dialogue.

In fact for a film in its genre it does a good enough job. That being said it is far from perfect. There are some glaring plot holes and all the good it does unravels with a very weak plot reveal towards the end.

Safe Haven is a popcorn flick, easy on the eye and using a simple successful formula. If you loved Dear John and the other Sparks novels at have been made for the screen, then you’ll love this but it certainly isn’t for the more discerning viewer. 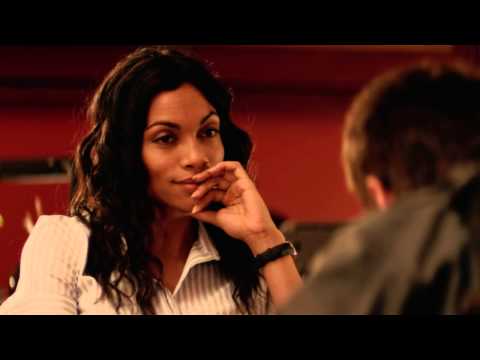 Ready for a minute and a half of action? Then this is the trailer for you.

Fire with Fire starring Bruce Willis, Josh Duhamel, Vincent D’onofrio, Rosario Dawson and Curtis ’50 cent’ Jackson (phew) this non stop trailer about a fireman who witnesses a murder and is forced to go vigilante as the witness protection programme fails him will grab your attention and not let it go.

Buckle up, take a look and enjoy!

Fire with Fire is released on March 8th

Here is the new Safe Haven trailer, fromt he same writer of The Notebook and Dear John.

Not usually one for soppy romantic films, The Notebook is a firm favourite and i have to admit i do love the look of this, a bit of a dark twist among the love and romance.

Added to this is Josh Duhamel, who looks every bit suited to this role.

Take a look and see for yourself!

The latest offering from Nicholas Sparks, the writer of The Notebook and Dear John, comes this romantic thriller Safe Haven

Take a look at the trailer above about a young woman’s struggle to learn to love again when moving to a new town.