Good Luck at the Oscars!

It’s just hours away so we would like to wish everyone a Happy Oscars Night and of course say good luck to all the nominees and especially to Movie Emporium favourites Argo, Zero Dark Thirty and Django Unchained!

THE IMPOSSIBLE – An incredible true story focusing on one family’s struggle for survival in the 2004 Tsunami. Strong acting and fantastic practical effects make this film a hard-hitting, sometimes difficult watch. The drama is portrayed with brutal but beautiful realism on the big screen without glorifying or belittling this tragic event. Won’t be many dry eyes left for this one. 4/5

TEXAS CHAINSAW 3D – Continuing directly on from where the 1974 classic left off, Leatherface’s return does little more than taint the original. A frustratingly predictable and poor storyline devoid of any real suspense relies solely on its over the top use of gore and gimmicky use of 3D with the scares few and far between. Do yourself a favor and watch the original instead. 1/5

GANGSTER SQUAD- Smooth talking gangster flick set in 1949 Los Angeles focuses on the LAPDs fight to wrestle control away from the East Coast Mafia. However, whilst bullets fly and the body count mounts up, character and plot development are definitely an after thought. The slick and stylish look of this criminal drama along with its impressive cast unfortunately proves that all that glistens isn’t gold. 3/5

LES MISÈRABLES – The classic stage musical is adapted spectacularly onto the big screen and ultimately a triumph. Fantastic engaging performances from Hugh Jackman & Anne Hathaway will give you goose-bumps. It is grand, intimate, emotional and underneath it all is a story that you simply must hear. Vive la Revolution. 4/5

DJANGO UNCHAINED – Freed slave, Django, teams up with a German bounty hunter to rescue his wife. Quentin Tarantino’s latest outing is a Western fuelled by vengeance and driven by dazzling storytelling. Memorable characters, scenes of brutal violence and dark humor are all done in Tarantino’s gloriously excessive but very cool style. It’s insanely entertaining and completely off the chain. 5/5

LINCOLN – The historic story of Abraham Lincoln and his fight to abolish slavery during the civil war is told magnificently and acted to perfection. Not only is Daniel-Day Lewis superb, but the whole supporting cast are brilliant. Spielberg’s latest film may be easier to admire than love but it is completely immersive and undeniably epic. 4/5

ZERO DARK THIRTY – True story of the manhunt for terrorist leader Osama bin Laden. Sharp elegant and directed flawlessly in gripping detail. Once this film picks up its momentum it won’t let you go until the tense finale. This is unforgiving and brave filmmaking at its absolute best. 5/5 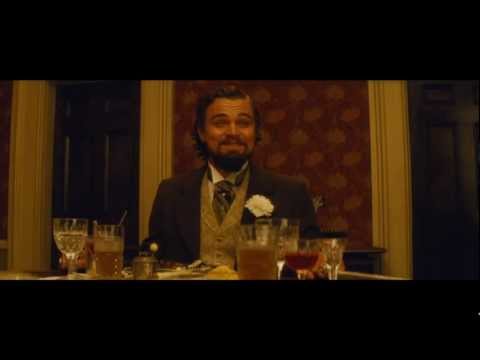 Here is the latest trailer for the much hyped and equally awesome looking Django Unchained.

Feast your eyes on the slickest looking gangster western we’ve ever seen!